Do you feel stuck? Is the fear of failure stopping you in your tracks?

Personal and professional setbacks and failures are an inevitable part of life. The key is to avoid letting them hold you back. Find ways to leverage them into advantages, growth, and future opportunities.

Learn strategies to help you manage these challenges. Listen to Diane Lang, author, educator, and coach talk about resetting the mind so you can take action and move forward. Hear four women entrepreneurs speak about their challenges and how they pivoted and succeeded.

The webinar and post-conference networking are free. You must register to attend.

Men are welcome to attend.

Donations of $10 or more are welcome and appreciated, but not required. CLICK here if you would like to make a donation to support NYWIB’s mission and programs.

What you will learn
By the end of this webinar, you will be able to: Hear four entrepreneurs share their journeys and talk about the way their failures and successes evolved and made them stronger. They include, 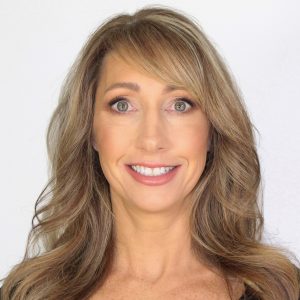 Carolyn is President of Javamelts and comes from Smithtown, Long Island. She came up with the idea of gourmet flavored sugar for coffee, tea, baking and cocktails on Valentine’s Day in 2016. She has been a driving force in carving out a new segment in these categories.  She has been featured on QVC, Entrepreneur, I-Heart Radio and America’s Big Deal on USA Network. She is passionate about sustainability and uses recyclable packaging and only natural, clean ingredients in her products. She believes in giving back and mentors others to help them achieve their dreams.  She is the proud mom of three daughters. 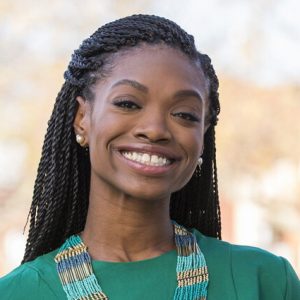 Founder, CEO, dancer, educator, Laci Chisholm has been dancing for nearly as long as she has been walking. With a strong performance background, she has studied several genres of dance including African, Jazz, Haitian, Hip-Hop, and Tap. She has performed at the legendary Apollo Theater and on the Rachael Ray Show.

Though she loves to perform, Laci found her calling in education, receiving her Masters of Science in Education from Hunter College and has spent most of her career in that field, though dance was never far from her heart. She started Fit4Dance in 2014, with the intent of providing fun, challenging, and effective dance fitness classes to beautiful women across New York City. Kiyeon Nam is a TED speaker, award-winning inventor, fashion innovator, and the Chief Executive Officer of B’ZT® (Beacon Zone Technology) and S’HUG® (S’hug New York). B’ZT [smartbzt.com] is the world’s first patented Smart Clothing pre-embedded with a machine washable smart locator tag, which is created to prevent vulnerable individuals from going missing. Her fashion invention S’HUG [shugnewyork.com] is successfully licensed by Adrianna Papell and is being marketed as a direct-to-consumer product. Her mission is to build a “Kind Technology platform” by leveraging her patented smart apparel and IoTech solution to create a safe environment for vulnerable individuals and peace of mind for caregivers. Anita Pierce is the Principal at Eleven3seven5, a business consultancy, which develops and executes strategies that combine foundational education and community impact as the core of success to achieving business goals.

A Brownsville Brooklyn, NY native, Pierce has developed over twenty years of real-world experience in finance, strategy, and management. She transitioned into entrepreneurship after her position was eliminated. She is now an advisor to many non-profit organizations and is a dedicated advisor to young professionals. Pierce is a regular speaker on various topics including: Financial Mentality, Business Basics and strategies and is a facilitator of Workforce Development and Civic Engagement. Pierce designs a pathway for startups to become certified as MWBE’s, collaborates with community-based organizations to increase voter registrants and leveraged opportunities for recruitments for jobs in the most vulnerable communities. She also is the host and producer of two broadcast, “The Brownsville Minute and The Real Journey of the Entrepreneur.

You will get the link to the event in your confirmation email after you register.

By registering you’ll be subscribed to the SCORE/NYWIB, WENYC and FWA email lists.

Stay for a post-event networking session to connect, and build relationships that will help you and your business. It will be moderated by Rebecca Maxwell, founder of Perception Insights

This webinar is sponsored by SCORE./NYWIB in partnership with WeNYC and the FWA.

WEBINAR: Boost the impact of your content marketing with AI